Brandon Macdonald, CEO, stated “The first step-out hole at Boundary West has demonstrated continuity and an increase in grade of the massive sulphides in the upper sequence compared to the intersection in the discovery hole drilled in 2020. The presence of extremely high-grade Tom-Jason style mineralization above the massive sulphide is very encouraging. We are using the geology to vector towards the feeder- structure, where high zinc, lead, and silver grades are anticipated. We continue to advance these discoveries with two rigs now turning at Boundary Zone”.

The 2021 drill program has completed eight holes (2,750 m) to date and drilling continues with two rigs. Mineralization has been intersected in every hole at Boundary Zone and Boundary West so far, including wide zones of massive sulphides in holes NB21-002, NB21-003 and NB21-004 (Table 2). Mineralization was also intersected in a hole completed at Tom East, TS21-001 (Map 3). Collar details are provided in Table 3.

The ground gravity geophysical survey has been completed for a total of 84 line-km comprising surveys over the Eleven, Kobuk, Imperial and Corvus areas (Map 4). A soil geochemical survey has been initiated over gravity highs evident in the preliminary gravity data, focusing on the Kobuk area where there has been no historic soil sampling.

The diamond drill core logging and sampling program was carried out under a rigorous quality assurance / quality control program using industry best practices. Drill intersections in this release are all HQ3 (split tube) size core (61.1mm / 2.4-inch diameter) with recoveries typically above 85%. After drilling, core was logged for geology, structure, and geotechnical characteristics, then marked for sampling and photographed on site. The cores for analyses were marked for sampling based on geological intervals with individual samples 1.5 m or less in length. Drill core was cut lengthwise in half with a core saw; half-core was sent for assays reported in this news release, and the other half is stored on site for reference. Bulk density was determined on site for the entire length of each sample assayed by measurement of mass in air and mass in water. Sample duplicate bulk density determinations and in-house bulk density standard determinations were each made at a rate of 5%. Since 2017, four in-house bulk density standards (mineralized drill core from the Tom deposit that span a range of densities) have been used and show an acceptable long-term precision. Certified standard masses are used to calibrate the scale balance used for bulk density determinations.

A total of 5% assay standards or blanks and 5% core duplicates are included in the sample stream as a quality control measure and are reviewed after analyses are received. Standards and blanks in 2021 drill results to date have been approved as acceptable. Duplicate data add to the long-term estimates of precision for assay data on the project and precision for drill results reported is deemed to be within acceptable levels. Samples were sent to the Bureau Veritas preparation laboratory in Whitehorse, Yukon, where the samples were crushed and a 500 g split was sent to the Bureau Veritas laboratory in Vancouver, B.C to be pulverized to 85% passing 200 mesh size pulps. Clean crush material was passed through the crusher and clean silica was pulverized between each sample. The pulps were analyzed by 1:1:1 Aqua Regia digestion followed by Inductively Coupled Plasma Mass Spectrometry (ICP-ES/ICP-MS) multi-element analyses (BV Code AQ270). All samples were also analyzed for multiple elements by lithium borate fusion and Xray fluorescence analysis (XRF) finish (BV Code LF725). Over-limit Pb (>25.0%) and Zn (>24.0%) were analyzed by lithium borate fusion with XRF finish (BV Code LF726). Silver is reported in this news release by method AQ270, and zinc and lead are reported by LF725 or LF726. Bureau Veritas (Vancouver) is an independent, international ISO/IEC 17025:2005 accredited laboratory.

Further to the Company’s news release dated July 2, 2021, securities under the private placement were issued July 6, 2021 and the Exchange hold period ends November 7, 2021.

Technical information in this news release has been approved by Jack Milton, P.Geo., Ph.D., Chief Geologist and a ‘Qualified Person’ as defined under Canadian National Instrument 43101.

This news release may contain “forward-looking” statements and information relating to the Company and the Macmillan Pass Project that are based on the beliefs of Company management, as well as assumptions made by and information currently available to Company management. Such statements reflect the current risks, uncertainties and assumptions related to certain factors including but not limited to, without limitations, exploration and development risks, expenditure and financing requirements, general economic conditions, changes in financial markets, pandemics, the ability to properly and efficiently staff the Company’s operations, the sufficiency of working capital and funding for continued operations, title matters, First Nations relations, operating hazards, political and economic factors, competitive factors, metal prices, relationships with vendors and strategic partners, governmental regulations and oversight, permitting, seasonality and weather, technological change, industry practices, and one-time events. Additional risks are set out in the Company’s prospectus dated May 9, 2017, and filed under the Company’s profile on SEDAR at www.sedar.com. Should any one or more risks or uncertainties materialize or change, or should any underlying assumptions prove incorrect, actual results and forward-looking statements may vary materially from those described herein. The Company does not undertake to update forward-looking statements or forward-looking information, except as required by law. 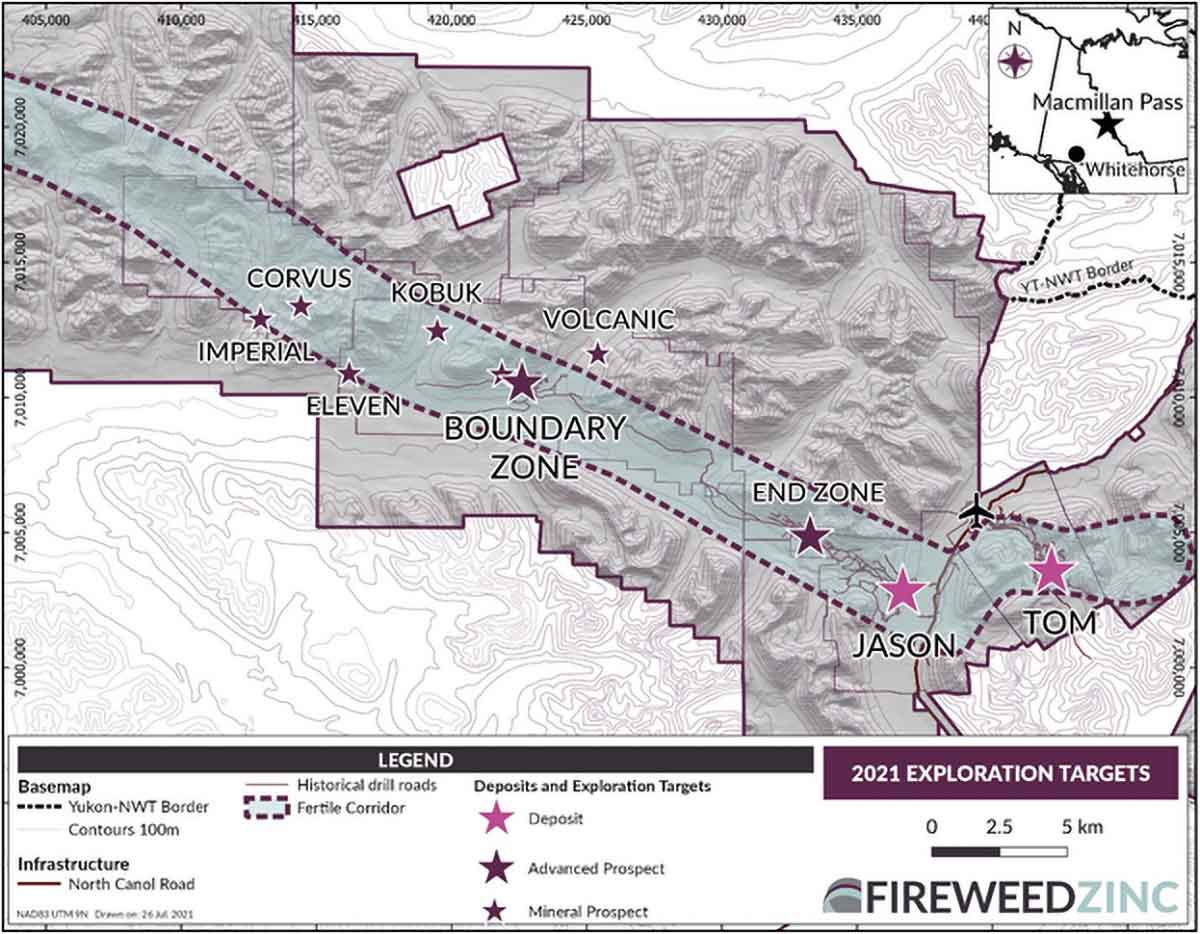 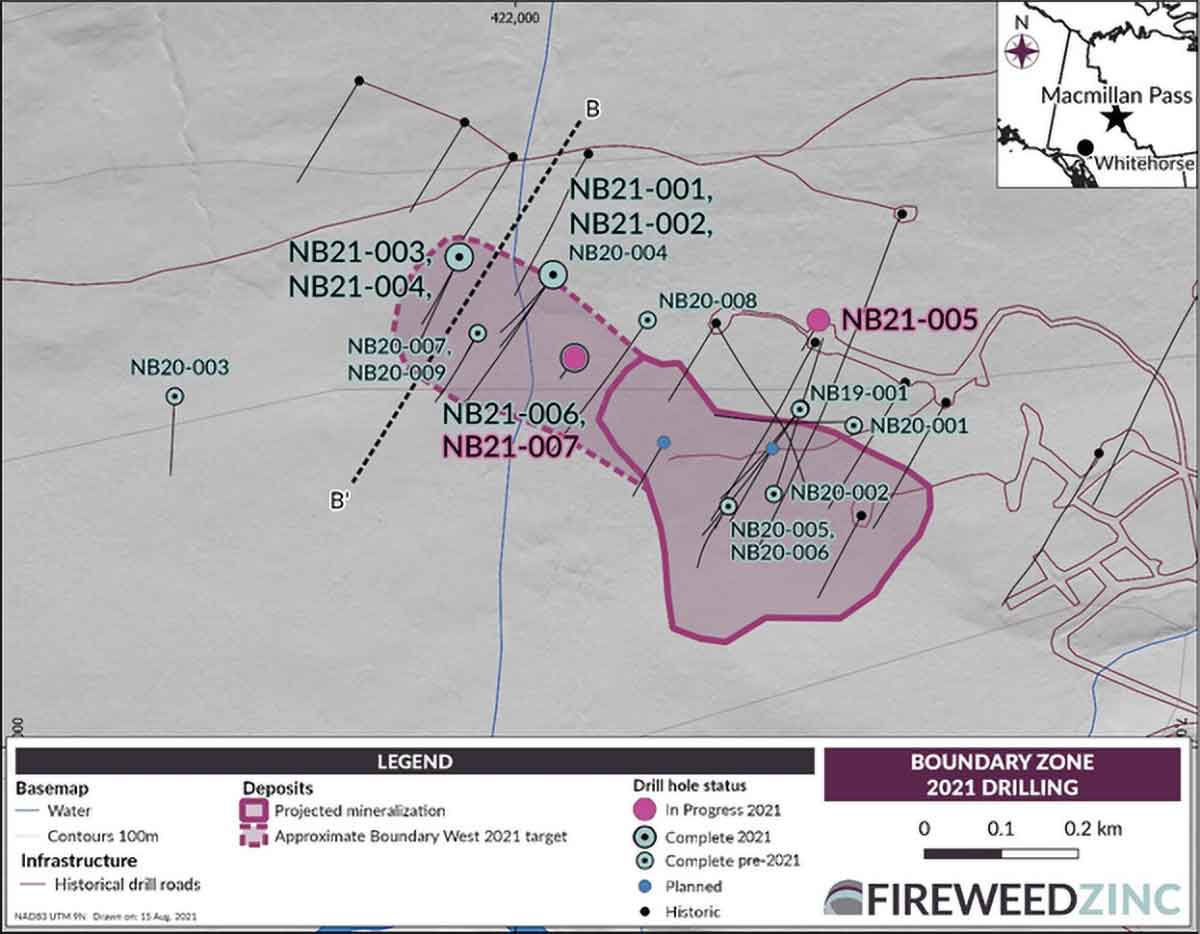 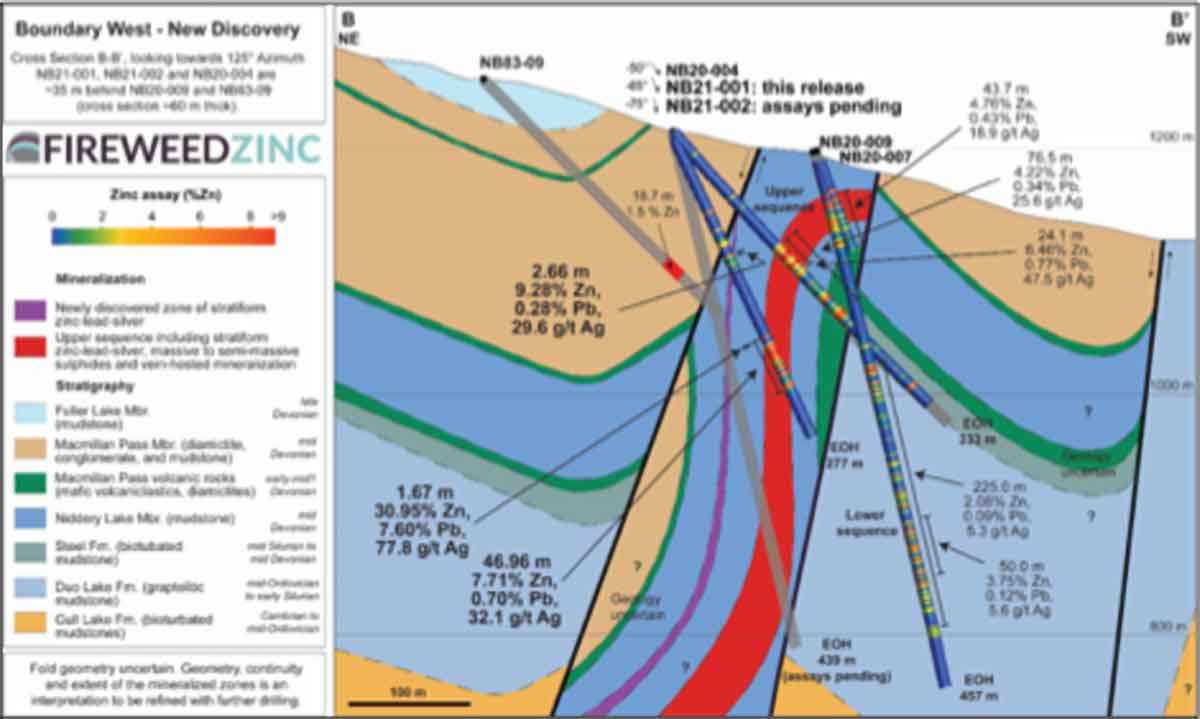 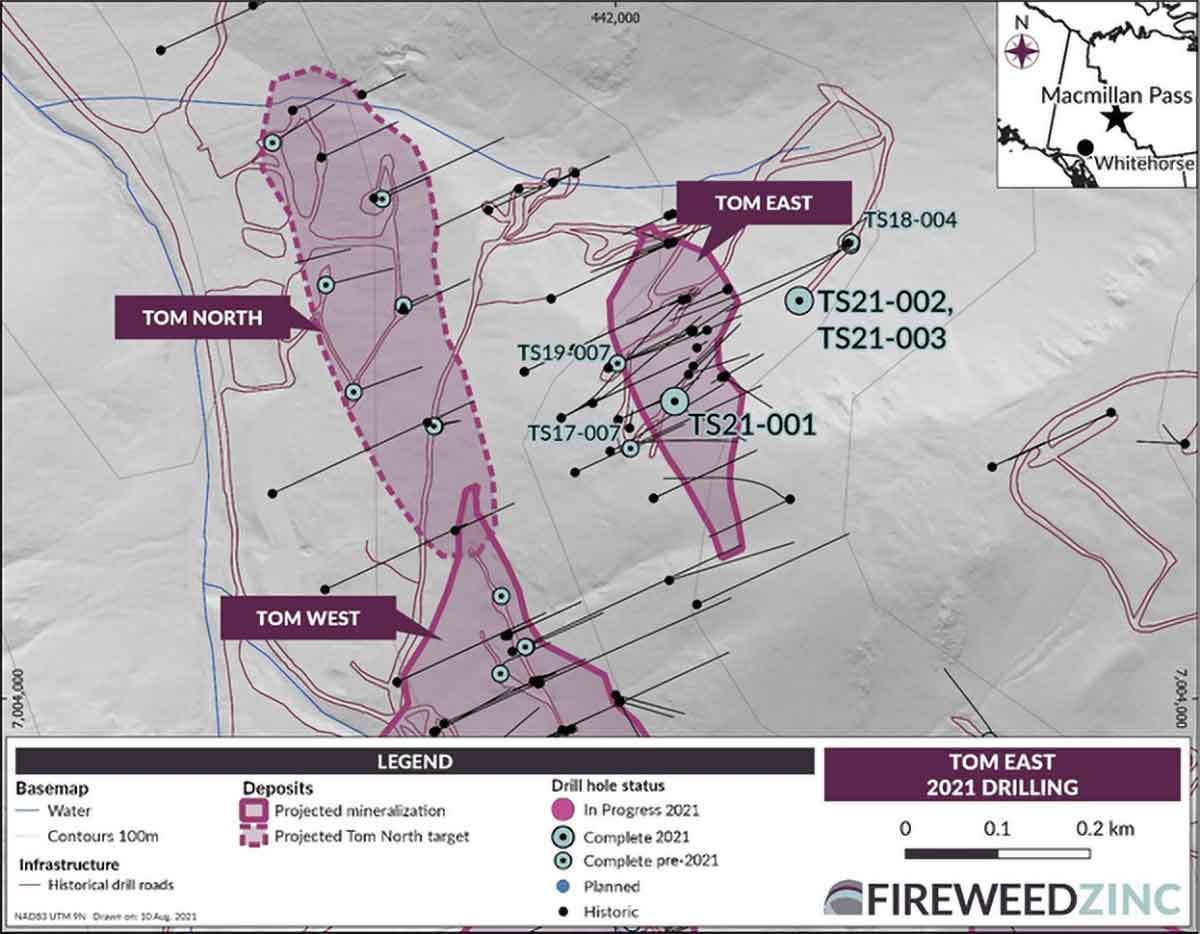 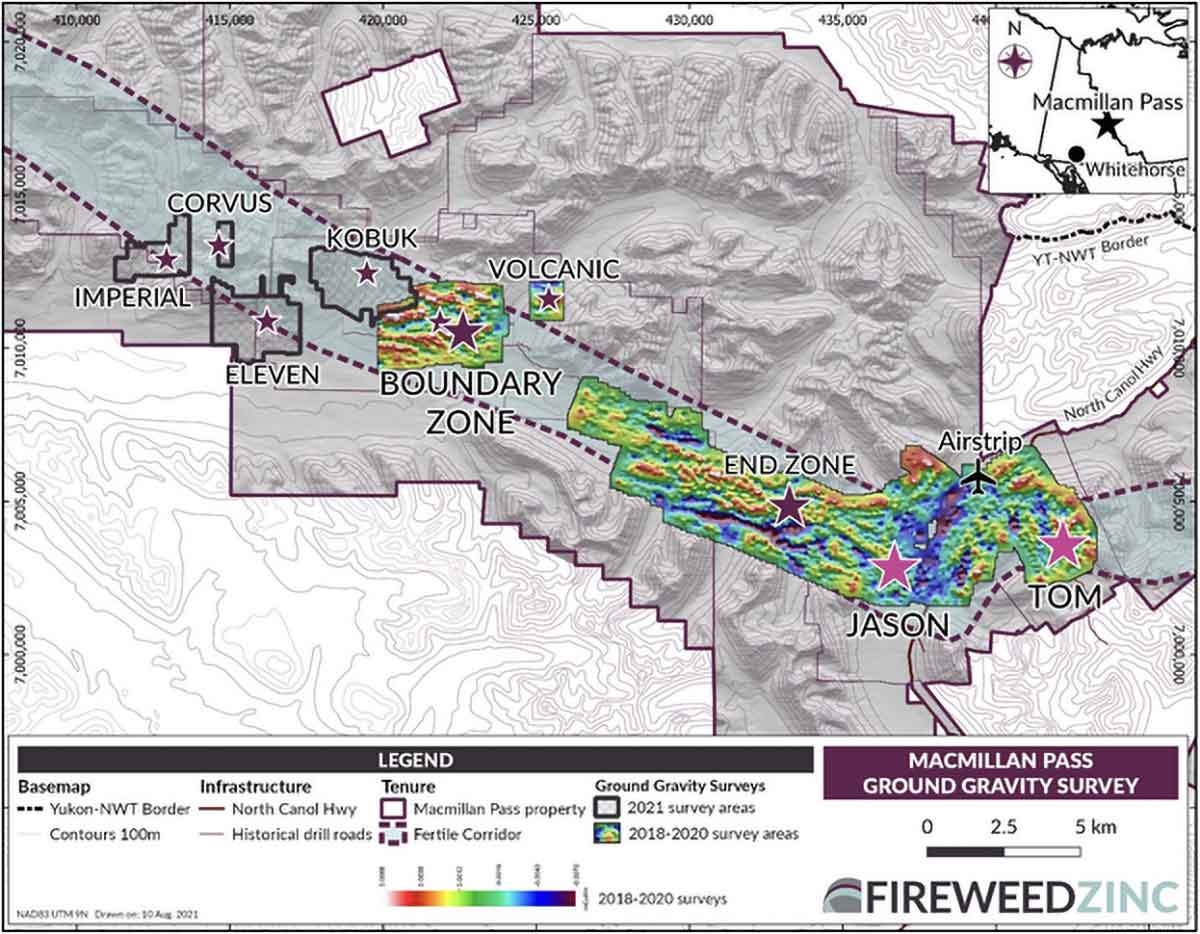