Chris Taylor, President and CEO of Great Bear said, “We have catalogued over seven thousand occurrences of free visible gold in our drill core to date. In more than 99% of observed instances, gold occurs freely or on the edges of sulphide grains, suggesting potential for very high metallurgical recoveries, as has been observed at other free gold hosting deposits in the Red Lake district. This is reinforced by petrographic studies which show the same unencapsulated gold at microscope scale. We are therefore very optimistic about the high recovery potential for gold from all of our mineralized zones, and will provide results from metallurgical testing on an ongoing basis as these become available.”

Metallurgical petrography involves the examination of thin sections of gold-hosting rock under a microscope to determine whether the gold occurs freely within silicate minerals (such as within quartz veins), where it is likely to require simpler processes to extract, or alternatively is bound within sulphide minerals, where more complicated extraction processes may be required.

Petrographic work by Great Bear and past operators confirms that gold at the Dixie project occurs freely in association with silicate minerals and is not encapsulated by sulphide mineral species, even when sulphide accessory minerals are present.

“…Several flakes of gold are present and all appear to lie within the same dismembered folia of interlocking quartz…The largest flake is around 0.2 mm and the flakes are visible with a hand lens. Some of the flakes are touching biotite or calcite. They are not associated with the cubic pyrite.”

A photomicrograph image of this gold mineralization is provided in Figure 2.

A similar historical report completed in 2004 by Panterra on behalf of a past operator included optical petrography and scanning electron microscope (SEM) examination of gold mineralization from the Dixie Limb zone, where sulphide minerals dominated by pyrrhotite frequently accompany gold mineralization. The report concluded:

“…Several crystals [of gold] were attached to the edge of larger pyrrhotite crystals, but none was encapsulated.”

A photomicrograph image of this gold mineralization is provided in Figure 3.

Petrographic and metallurgical sampling and analysis are also underway at the Hinge zone. Based on more than one thousand in-core visible gold observations made to date, the Company expects similar results to those which have been reported from the LP Fault and Dixie Limb.

Figure 1: Examples of free gold in drill core from the Dixie Limb, Hinge and LP Fault zones. This is the dominant format of gold mineralization within these gold zones. Images are of selected core intervals and do not represent all of the gold mineralization at Dixie. 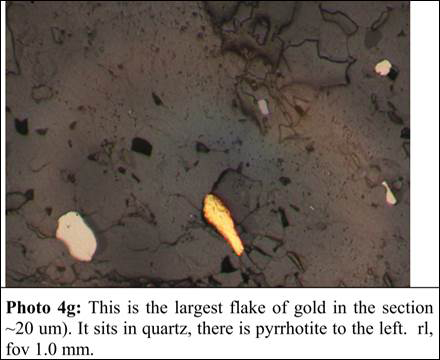 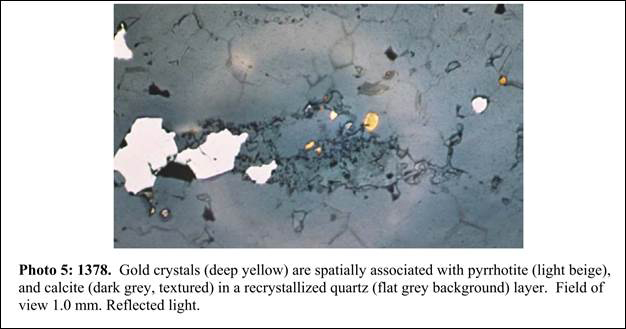 About the Dixie Project

The Dixie Project is 100% owned, comprised of 9,140 hectares of contiguous claims that extend over 22 kilometres, and is located approximately 25 kilometres southeast of the town of Red Lake, Ontario. The project is accessible year-round via a 15 minute drive on a paved highway which runs the length of the northern claim boundary and a network of well-maintained logging roads.

Forward-looking information are based on management of the parties’ reasonable assumptions, estimates, expectations, analyses and opinions, which are based on such management’s experience and perception of trends, current conditions and expected developments, and other factors that management believes are relevant and reasonable in the circumstances, but which may prove to be incorrect.